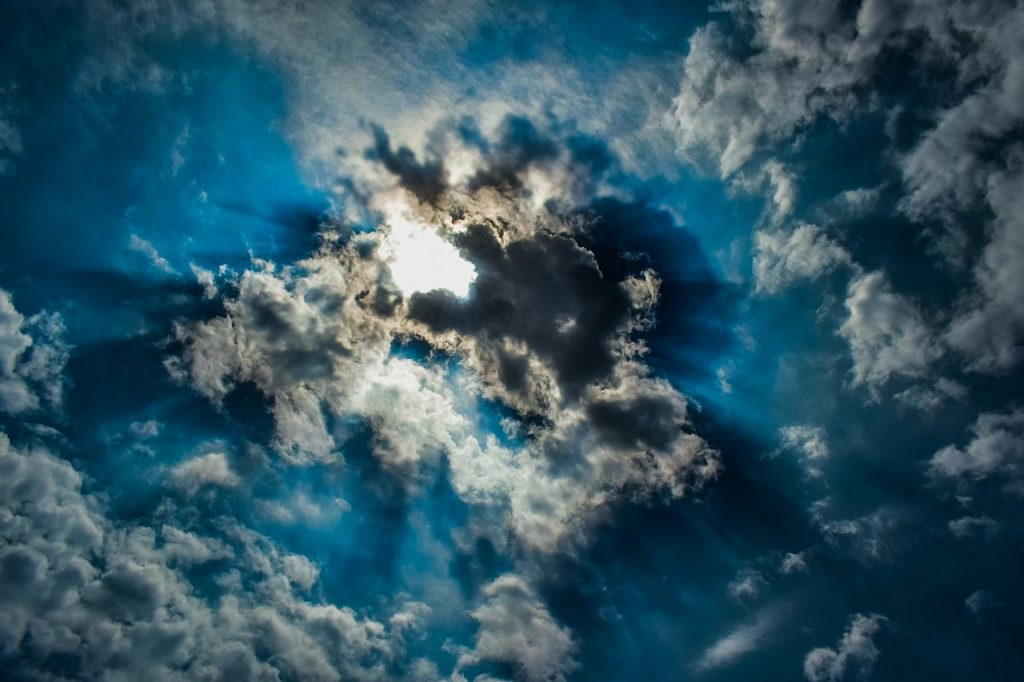 I want guidance, reassurance, and answers. Often times that translates to reading multiple reviews about a product before I buy or “asking around” until I’m dizzy. This isn’t a bad idea, but it can be debilitating when it’s applied to life.

Even if your best friend is a wise owl, you can still end up with the wrong answer for you! And when our mind is only focused on getting answers we can get stuck second-guessing our very next step.

I got to point in life where I couldn’t hear myself anymore. I was crowded out by all the info around me.

Then I got to another point where I WANTED to hear, but didn’t know how. I wanted to hear signs from my body when stress was taking its toll or signs about whether I was choosing the right career or why something bad happened for no apparent reason.

I was accustomed to gathering feedback, asking for advice and opinions, reading books about my next move, searching and seeking, which actually made me feel more lost.

I was reflecting this week on how I use meditation to take a break from my thinking mind/mind chatter and that has improved my ability to hear and especially pay attention to signs. This has led to increased confidence and trusting in myself, God, and the universe. Trusting my next step even if I don’t exactly know where it will lead.

You are a funnel for universal knowledge and divine answers. And when you don’t have answers, you need to be able to trust when you can’t see them yet, because not everything happens as fast as a finger-swipe on a smartphone.

Meditation was key to honing this ability. Listening without thinking.

If someone was talking to you non-stop (like our brains do with the constant conversation inside our head) do you think they could hear anything you said? No. This is the state of our mind at any given time.

On the topic of signs, I was thinking about a story this week of someone who reminded me how important signs are; that we acknowledge where we’ve been and where we’re going. How do we improve ourselves if all we seek is input outside of us? Or if we listen to others only. Or we do not grasp lessons from the past with the ability to move on purposefully or powerfully ahead.

The person that reminded me of the role signs play in our development (and happiness)is author of The Shack (a book and a movie), William P. Young. A few years ago, just before beginning a meditation practice, I met him at a book signing.

He was bravely candid about the story of his life- I’m getting goosebumps thinking about it- from childhood sexual abuse to an extramarital affair, raising 5 kids, a dead-end job, and how it all led to becoming a best-selling author, closer to his family than ever.

Ultimately he came to a crossroads midlife. During this time he considered suicide. When he looked back on his past, it was clouded with all the wrongs done to him as a boy. When he looked at his future all he could see was his own mistakes. Nothing made sense at the time.

He received counseling from a man who became his best friend and encouraged him.

One night his son was looking for money so he went to his parent’s house. This happened quite often.

The counselor refused him money this time. He knew it would go toward drugs. He shut the door behind him and locked it. His son frantically banged on the door. It was hard for his parents to listen. Upon discussing it with his wife be decided to offer his son a warm place to stay for the night and come down from the drugs he was on.

He went back to the door to retrieve his son. At the same time his son shot the door lock, but also shot his dad who was behind the door. He was killed.

William P. Young was crushed by the news of his friend’s death- the one man that lifted him out of despair. At the time, he believed not even God could answer to this tragedy.

Eventually he wrote The Shack.

Years later he was rummaging through random emails from fans. He came across one that had some familiar nuances in it. It was the wife of his friend and counselor. In her email, she thanked him for his book and explained the situation.

She claimed the book helped her son get his life back. He was in prison for shooting his dad and had attempted suicide but The Shack helped him through troubled times.

What an interesting turn of events.

His friend had given his life to help his son get his own back.

Young no longer believes in crazy coincidences. He believes things happen for a reason. There are always signs- they typically don’t show up as easy answers or a collection of information.

He started to view his entire life differently, “connected the dots” to his past while being open to signs ahead. Instead of looking for answers, he began to be open to signs.

A lot of changes occurring in my life now, trying to digest them in meaningful ways while making the right decisions. I was scurrying around seeking input and answers- old habits are hard to leave behind.

Thank goodness I had time in meditation this week to…just be. No looking. No searching. No hands on the steering wheel. Just breathe.

When you seek answers this is our logic and brain’s desire for info. All the info in the world doesn’t mean you will know what to do with it. Being open, continually listening, and feeling guidance is “the answer”. 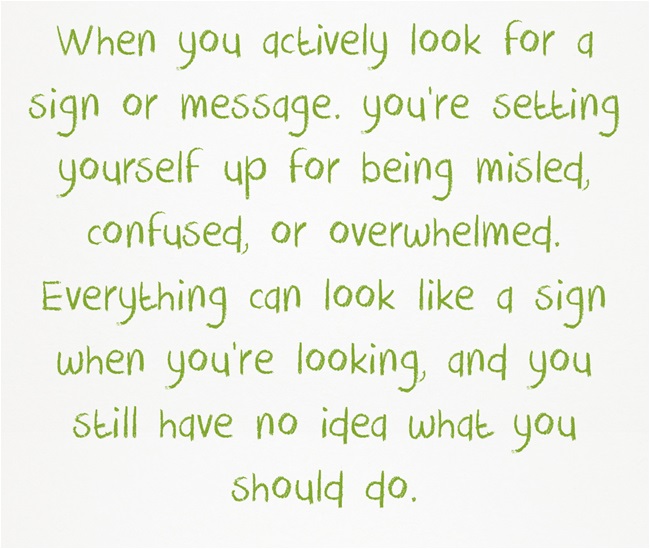 It may seem counterintuitive to not seek answers or spend time overanalyzing it, collecting “data”, but this only leads to more confusion.

Life becomes crystal clear if we let it.

>>On Thursdays I make note of my personal thoughts and experiences with meditation for the week. Hopefully this gives you a firsthand look at how meditation can be applied to daily life.<<

I hope you have a wonderful week.

How To Reprogram Yourself

I got a message on my social media- someone was asking about how to make a major change....

How To Release Triggers and...

Video: The Most Difficult...

Boring. That’s how my meditation went today. Sometimes I think I only continue...

Why is it important to connect with your higher self? Politics. OK, not exactly. Lately I...

A Different Way Of Managing...

We’re always looking for a better way to turn our troubles into triumphs whether...

An Easier Way To Accomplish...

Amidst the current chaos, everything seems backwards. What was once easy and automatic,...