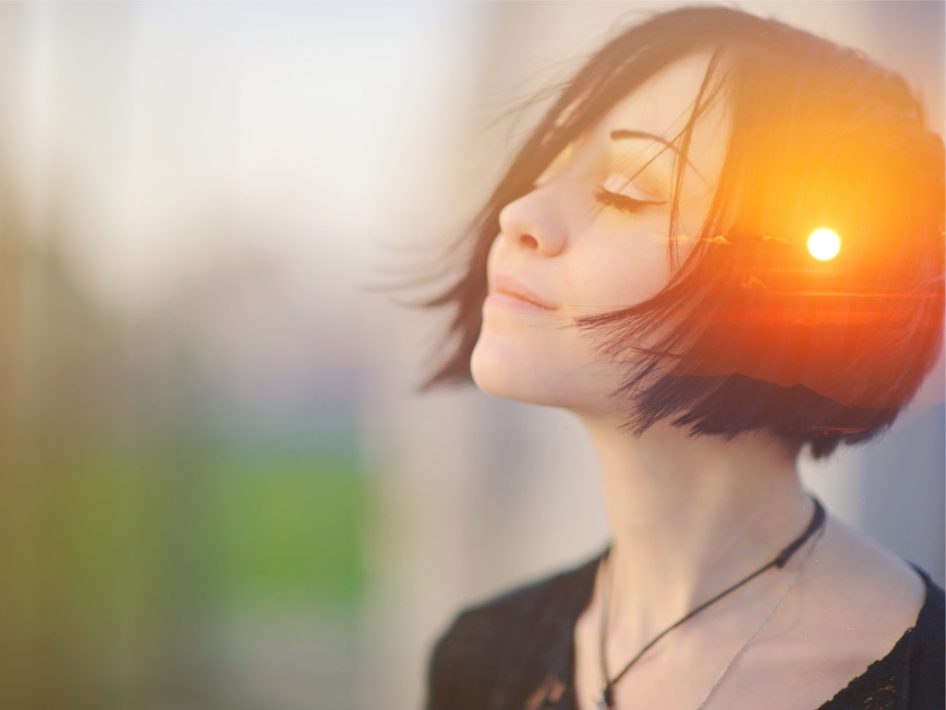 How to Use Your Negative Thinking For Positive Outcomes

The people on this planet today, including you, come from a long line of negative thinkers. No, I’m not talking about your negative Aunt Nellie or grumpy Uncle Gus.

You’re here because your ancestors had great survival instincts and a significant feature of those primal instincts is negative thinking!

The intention of negative thinking was, and always has been, to thrive… to live longer and better and to solve problems.

It wasn’t so much of a thorn in our side when we could clearly see how negative thinking benefitted us. It didn’t bother us until the self-improvement era, when preservation of the ego, became the “new survival” and negativity is viewed as poison. 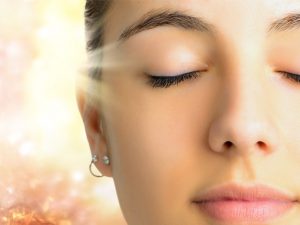 Your Negative Thoughts Serve a Purpose:

Somehow we’ve lost the purpose (and positive intention) behind our negative thoughts. We’ve labeled them as “bad” even though their existence helped us walk the planet today, which is very GOOD!

There’s a lot of emotions-shaming, positivity-promotion memes and quotes on the Internet that lead us to feel shame or guilt about real emotions. Feeling bad about feeling bad is even worse and that’s why negativity is earning a bad reputation.

When we suppress negative emotions (and even thoughts) we end up making them worse.

Believing that the only way to relieve the uncomfortableness of negative thoughts and emotions is to suppress them, change them, or hide them  is exactly why people suffer from them rather than use them as invaluable tools for motivation and action.

And it may be that we don’t know how to use them anymore so it leaves us feeling like the evolutionary pool left us with an extra appendage or a useless tail instead of the reasonable tailbone.

Why do we have negative thoughts and emotions?

It’s difficult to view negative thoughts as useful in a society where ego and appearance rules. It can seem like a very bad thing to have an inner doubter crushing your confidence. Who wants to show up to the party with a tail, right?!

However, we can still use our evolutionary system of negative thinking for power and purpose! 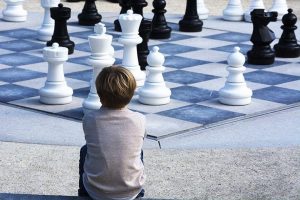 Negative thinking is simply the “check engine” light in your mind. The check engine light isn’t the problem, right?! It’s just alerting you to the real problem, which is necessary for reflection, change, and self improvement. 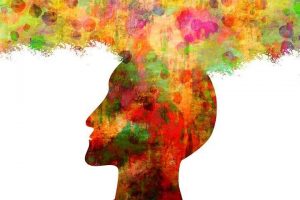 Negative Thinking and The Subconscious:

Since negative thinking is connected to the primal part of your brain, it’s mostly subconscious, which means it happens automatically.

How did it get in your subconscious? When various negative thoughts first happened, you were probably a kid and they made you feel bad because we probably were “in trouble” at the time.

At the time when we first felt them we were probably powerless as most kids are. Problem is we didn’t switch into adult mode once we grew up and we still reacted to our negative thoughts with a powerless and “naughty kid” mindset.

We may grin and bear it or stuff it and suffer, but we rarely face it and investigate it with new eyes.

The thoughts automatically come up and we try to ignore them, replace them, or end up feeling worse for having them. But I assure you, they’re perfectly normal and useful.

The idea isn’t to chase away negative thoughts, or even replace them, but to interpret them and use them. 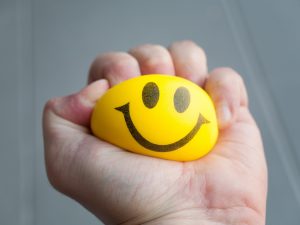 In order to diagnose your “check engine” light…you need to look under the hood. Inspect things. I believe all negative thinking has positive intentions- that’s their primal purpose.

3 Types of Negative Thinking and what they mean:

1.Constant Complainer– When this lights up, you can bet you’re lacking action or putting off a decision.

“Complaining is the ability to see what’s not working. It can be quite useful if followed to its natural form- finding a solution and applying it.” Madison Taylor.

Complaining is the wannabe verb of negative thinking- it feels like we’re doing something when we’re not. We’re just tearing things down, criticizing. This is ok if we plan to rebuild something different or better.

Ironically, we attract more helplessness, almost inevitably, waiting until something happens and then complain when life happens to us.

In the case of complaining, look at what you can do- even small things. Begin to take back your power and use it to build on. Remember, it’s a balance between tearing down and rebuilding.

It’s always a good idea to practice gratitude (Hint: gratitude is a practice so it takes a while to feel good about it).

Instead of dismissing complaining or a complainer, ask ‘What are you going to do about it?’ This gets the complainer in problem-solving mode. 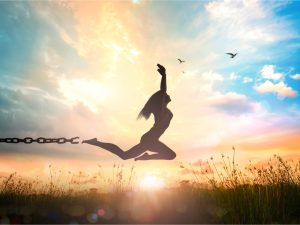 2. Inner Critic- The inner critic is often a voice from the past that we need to apply present tools to deal with.

The voice of the inner critic, with a dash of compassion, can become more like a tough coach. The critic is looking to motivate you and move you forward. It’s designed to be uncomfortable, because uncomfortableness elicits action!

You can ask, what’s my inner critic really saying- what’s the motivation or positive intention?

It’s no secret that your parents used criticism sometimes or often times to motivate you when you were younger. “If you don’t clean your room, you’ll be an irresponsible adult”. I’m not saying this is the best way to parent but we’ve probably all experienced a version of this at some point. It may even reflect your inner critic.

Sometimes it worked so we’re trained to respond or the critic keeps nagging us until we are uncomfortable enough to take action.

Remember when your mom nagged you about cleaning up when you were a kid? Was the nagging or your inaction really the problem? The nagging (like negative thoughts) seems like the problem in the moment and it was probably annoying as hell, but in reality, you really did need to take out the garbage.

If you’ve got negative thoughts in the form of an inner critic, you need motivation.

But if you’re using negative thinking or your critic as an excuse why you don’t have the results you want or the confidence to do what you want…JUST STOP!

Many people are actually driven because of their inner critic- they tend to be very successful too!

The difference is their inner critic is a tough coach with good intentions- our duty is to find that coach under the crap. The coach has a keen eye for problems and motivates us to solve them. Look at this as a sign to get motivated and move on!

If you don’t like the inner critic or negative self-talk, you can reframe the negativity to phrases a tough coach would use. 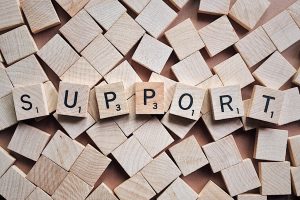 3. The Alarmist/Anxiety/Worry- This is the most primal type of negative thought. It’s related to the sympathetic, fight or flight, nervous system. These thoughts really want your attention and the more you brush them aside, the worse they get.

The thing about anxious thoughts is it’s a rush of thoughts AND chemicals that trigger our fight-or-flight. So if we can slow down this process and take a deep breath, which automatically relaxes us into the parasympathetic (relaxed) mode then we can stop the habit of anxiety.

It also helps to have a meditation and/or mindfulness practice to get more comfortable with this process. 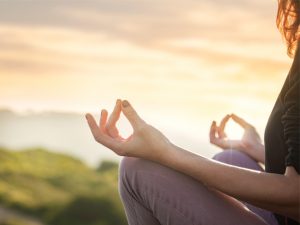 So how do you live well and LIVE WITH your negative thinking? How can it lead to positive outcomes?

Don’t let it get stagnant. Negative thoughts that sit idly in your mind become useless and bothersome.

When you begin to accept and believe that negative thoughts come from positive intentions (divine design), then you can move forward in a positive direction.

My goal, and my living motto of sorts, is to always move forward. If I don’t like where I’m at now, what’s my NEXT STEP FORWARD?! If I don’t like my thoughts right now, what are they trying to tell me or ask me to DO?

When you look at evolution on a large scale, it’s hard not to believe that we weren’t designed to evolve personally, even with the help of negative thoughts. 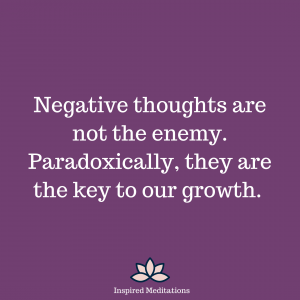 Understand and Transform Your...

[Free meditation this week- for negative thoughts and feelings.] I love comedy! This may...

Fast Relief For Your

How to Have an Enlightened...

If you felt stuck in your life this last year, you’re not alone. It’s been a...