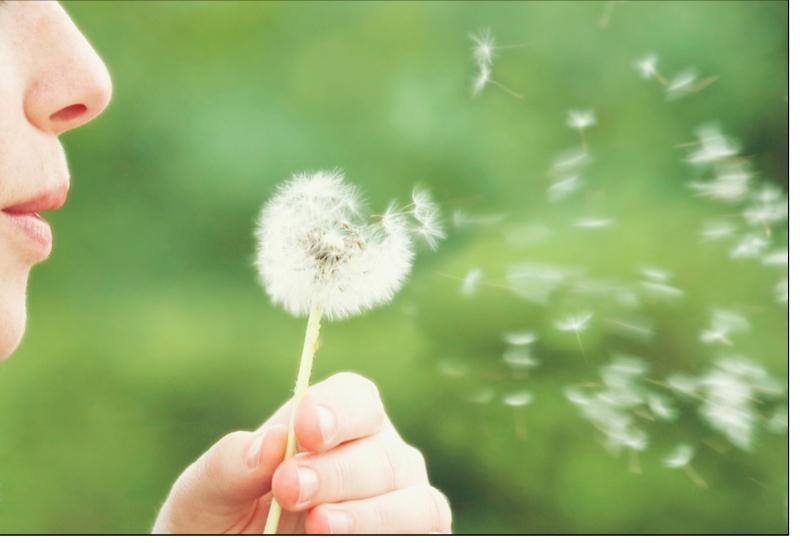 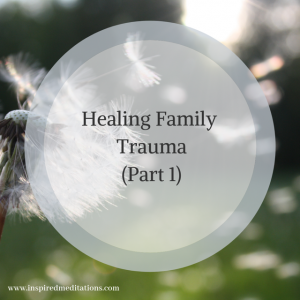 “Dad, can you tell the nurse what you want for dinner?” I asked my dad. He was sitting in a chair in the hospital room, defeated and hunched over.

“You’re not insane. Who told you that?” I asked.

“I’m so sorry for that. He was mean to you.” I tried to comfort my dad, but the damage had been done decades (likely generations) before I was born.

My dad has a lot of hate for his father, but the sad thing is he became just like his dad and this led to a rocky, often non-existent relationship between us.

My dad also struggles with mental illness and now that dementia has swiftly come into the picture, things are much worse. His trauma stored in the subconscious is coming to surface.

I feel the only way to help him now is to stop the trauma THIS GENERATION. My generation! It will not get passed on to my kids by me. 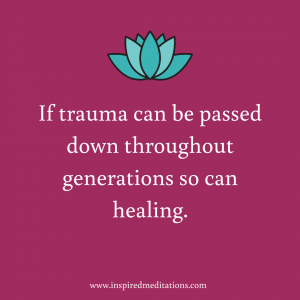 It was apparent throughout my dad’s family that abuse and trauma had created a psychological rift down through the generations.

We form a significant portion of our identity and personality early in life, with the help of our parents and caregivers, but is that it? Or is it possible we are also deeply affected by the generations before us in our family lines?

Freud called this Traumatic Reenactment— an attempt of the subconscious to replay what’s unresolved so we can “get it right”. This occurs on a generational and possibly karmic level as well.

Memories and trauma are stored in our mind and were thought to be limited to our own experiences, but with the research in epigenetics, we now know that it’s stored in our genes long before we were born. 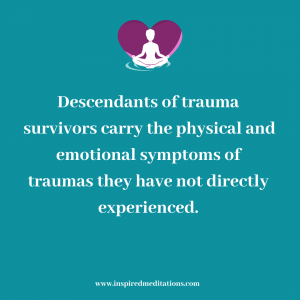 We not only pass it down on a genetic level, but through the way we raise our children too. All families have a story and stories are powerful.

When pain is too great, family members tend to block it out or avoid it altogether. When we block it, we stunt the healing process and the past continues to show up through future generations in the form of abuse and addiction, sometimes prominent health issues too. This is referred to as generational curses and  (trans)generational trauma.

“I feel very strongly that I am under the influence of things or questions which were left incomplete and unanswered by my parents and grandparents and more distant ancestors. It almost seems as if there were karma within a family.” ~Carl Jung

The way that Carl Jung describes his experience is exactly how I would describe my thoughts for most of my life, beginning when I was a child. I could feel something heavy and burdened, irrational, and abnormal within both of my parents. For years, I took on their trauma by being their ray of sunshine– a “good girl”, light-hearted and positive…just to lighten the mood most days and to make it livable for me.

I had my own “north star” that guided me on a different path, away from absorbing their trauma completely. It’s as if I knew pretty early on my “job” was to change the patterns passed down to me.

My parents were both the black sheep of their family. They put distance between them and their families. They were the squeaky wheel, which as I look at it now, was a great start toward freedom from generational trauma. They at least recognized something was amiss in their families. However, they maintained the patterns, the resentment and the burdens. This goes to show that distancing yourself from family is not enough.

We may distance ourselves from family trauma and toxic family members, but this is not a guarantee for healing. This is merely out of sight, out of mind; avoidance is a powerful, but deceptive defense mechanism. Healing begins with us…and yes, it’s easier to do without the constant barrage of toxic family knocking down your door therefore distance may help.

It’s work and it’s an ongoing journey to change the past and positively influence the future.

Past trauma in a family is like a weed that keeps popping up. Nearly every kid has experienced the excruciating chore of pulling weeds. It’s a rite of passage it seems, and it’s a memorable one that even some people recall with nostalgia, because the more weeds you pull the more YOU grow.

As generational trauma is studied more, the examples continue to pile up. One example is in Native American culture where the suicide is the highest suicide rate in the western hemisphere. And then there’s survivor’s syndrome. Holocaust survivors who went on to raise their children in fear…passed down through the generations. Any spike in significant stress during a woman’s pregnancy is passed on to the fetus too. These are all examples of epigenetic inheritance.

The phenomenon of children of traumatized parents being affected directly or indirectly by their parents’ post-traumatic symptoms has been described by some experts as secondary traumatisation (in reference to the second generation). To include the third generation, as well, the term intergenerational transmission of trauma was introduced.

Researchers have determined that the behavioral effects of a traumatic event can express itself for up to three generations. This means if your grandmother was sexually abused, it can affect you too.

Similarly, trauma is being artificially created and tested in mice. When mice were shocked while being exposed to a cherry blossom smell, the generations (their offspring) after them had heightened levels of physical stress when exposed to the same smell yet they had never encountered the smell before through their own experiences.

The good news is that trauma symptoms can be reversed, studies show, when the victims learn to manage their stress and reactions to their environment. DNA shows changes in methylation and prevention of damage in future generations.

How can we create a low-stress environment? Stress happens. Nobody knows this better than I do. We don’t control that. We control our reaction to it though.

Specifically in generational curses, we stop the pretending. Creating elaborate lies or lies of omission creates more stress. Are there hush-hush topics in your family? Are there family “mysteries” because certain topics are off limits? This only sustains the trauma. Are there reoccurring patterns of illness, depression, addiction, anger, struggles financially or with relationships?

It bears repeating that ancestors/family members should inform their offspring that a particular event/environment was a negative one for them. Be forthcoming about your personal and family trauma with your children for their healing. 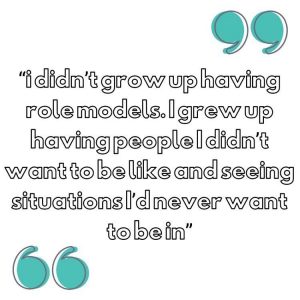 You may not be aware of specific events that led to your family history’s trauma, but the process and the future begins with you. You are the change agent. When uncertainty about the past is involved, begin with ways to make peace. Anger and resentment feed trauma.

LOOK FORWARD TO PART 2 Healing Family Trauma: Learn ways to defend against family trauma and generational curses plus tactics to move forward and influence change in your lifetime.

In the meantime begin to heal and find peace in this guided meditation.

Guided Meditation: Make Peace With It 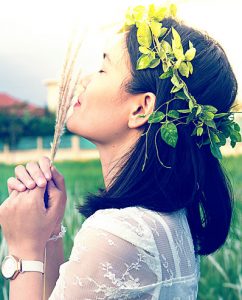 All is Calm: Improve Your...

NEWS: Lots of Free stuff + a new guided meditation + 50% off hypnosis sessions in...

I wanted to share a recent WIN for me! ‘Tis the season to be around more people and...

People pleasing is one of the more subtle effects of trauma. It seems subtle because...

Do you need to forgive to heal and move on? [Included: Free Loving-kindness Guided...